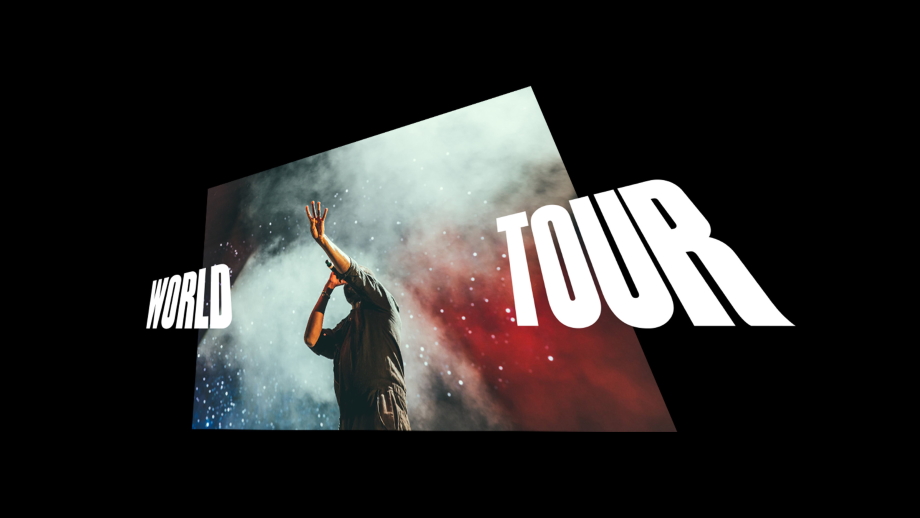 A Ground-Breaking, Touring Broadcast Entertainment Platform Featuring The Biggest Names In Music, Staged In The World’s Most Iconic Cities to achieve sustainable change.

LOS ANGELES, MELBOURNE and LONDON (February 11, 2020) -- Apollo World Touring and Westbrook Inc. today announced that AgBioEn and its investment partners signed on as the first global sponsor for World Tour. The partnership is worth $200 million USD over 5 years to deliver a new multi-genre event-series, staged in the world’s most iconic cities, co-produced by Apollo World Touring and Westbrook Inc. The series will be used as the catalyst to drive investment in sustainability and change in each city.

Each live event will feature internationally acclaimed A-list artists, locally celebrated superstars and globally recognised DJs. Fans will be able to engage globally through exciting content formats on multiple platforms. World Tour kicks off in Melbourne, Australia on March 14, 2020, which will be headlined by 18-time Brit Award winning, international superstar Robbie Williams – giving his only public Australian performance of 2020. Other acts will be announced in the coming weeks.

After Melbourne, World Tour will be touching down in other exciting world cities including; Montreal, Berlin, Milan, Seoul, Taipei, Osaka and Miami. The schedule of live events, complemented by multi-platform media elements, will make World Tour a non-stop year-round experience for audiences and brand partners, uniting millions of fans globally.

AgBioEn are proud sponsors of globally broadcast household name events including the Australian Open Tennis, men’s and women’s Australian Open Golf and the AgBioEn Kooyong Classic and are now extending their content and event partnership strategy globally by future proofing World Tour as the official Global Renewable Energy and Fuels partner. This substantial investment in the commercial partnership with World Tour will allow AgBioEn to focus the world’s attention on the benefits that can be delivered by zero carbon technologies - inspiring global consumers to play their part in accelerating the transition to a climate friendly, sustainable future.

$200million USD will be invested over the next 5 years on pioneering content formats and live events providing artists and creators with a platform to encourage fans to be part of building a better future with real world solutions and inviting other major global brands to showcase purpose driven and sustainable innovation offerings which will lead to transformational outcomes for the environment in each city that the World Tour touches.

Through World Tour, AgBioEn and their investment partners will make major announcements around the globe where they are ‘growing green energy’. This follows the recent announcement that AgBioEn are breaking ground on a $2 billion AUS investment in Victoria, and are currently investigating how to expand this program to help revitalise the bushfire ravaged area in eastern Victoria - constructing a renewable energy facility generating energy and fuel from agricultural waste creating up to 1,500 jobs in the area.

Paul Morrison, Chairman and Co-Founder, Apollo World Touring said: “Our exciting partnership announcement with AgBioEn heralds time for change. Charles and his team are 100% solutions based and literally growing green energy! Today we are announcing phase one of this substantial partnership with details of phase two to follow, as we weave AgBioEn into Jada and Will’s super creative team at Westbrook in LA and announce our global media partners that will amplify our content formats.”

Charles Hunting, Chairman of AgBioEn said: “AgBioEn is incredibly excited to announce our global partnership with World Tour, which will enable us to use this unique entertainment platform as a force for good. We want to shine a light on the powerful innovations that can deliver huge benefits – both socially and environmentally – as we transition to a climate friendly future. This partnership will help us build momentum around the deployment of these technologies, which is an urgent priority if the global economy is to get on track for a net carbon zero future. This is the power of entertainment coming together with the power of innovation to help transform the world.”

Jesse Uram, VP of Business Development, Westbrook Inc. said: “Our intention with World Tour was always more than just creating amazing live events. We are building a connected global platform to inspire meaningful change through content, stories, and experiences. With Charles and this incredible partnership with AgBioEn, we are laying the foundations of a long term, sustained mechanism for building better futures through impactful pop culture.”

Becky Artmonsky, Co-Founder of Apollo World Touring said: “World Tour has been built as a global branded content platform designed to unite passionate music fans across the globe, much in the same way we see sporting fans come together and connect. The scale and structure of our partnership with AgBioEn is transformational for the entertainment business, creating a step change towards a purpose driven commercial model that we believe will both deliver from a business perspective and have very real social impact. We have amazing conversations already underway with other global brand partners and host cities who want to join the conversation and look forward to bringing more on board!”